Dragons’ Blood, also known in Spanish as the red latex of the Sangre de Grado, is known as

a potent anti-inflammatory and a wound-healing accelerator.

Amazonian tribes seal-paint this sap on wounds to staunch bleeding and protect injuries from infection. 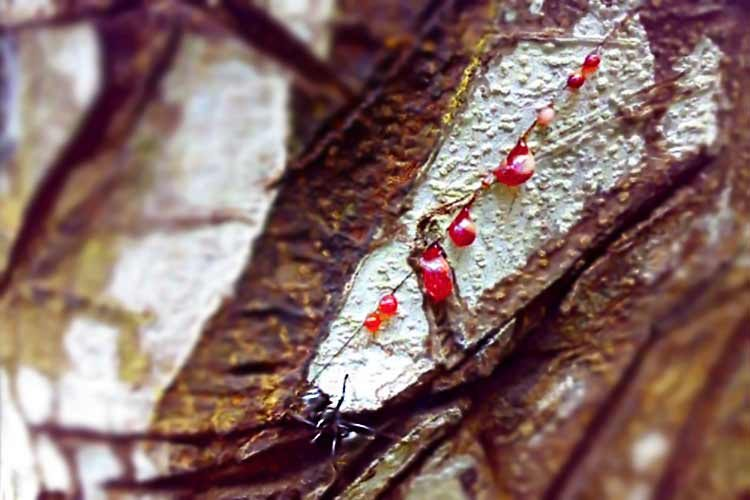 In the process of Kambô administration, it is used as a protective bandage because of its latex properties; it is applied to the open wound for accelerated healing and reducing scar tissue.

Benefits have also been reported with stubborn diabetes-related sores Recent research indicates that dragons’ blood sap may help slow the growth of tumors and induce apoptosis.