Rapé is a powdered snuff made of ash and various plant materials. Rapé connects you to the energy and the healing spirits of the forest and further works to reduce panema*, which in turn increases positive force. It assists in meditation, induces visions, connects you with nature, induce relaxation or to stimulate a purge during the ceremony. 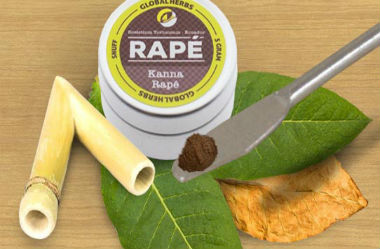 Rapé is administered by blowing the snuff up each nostril in succession. People report a slight stinging or burning sensation after application, which is temporary.

When administered as part of the Kambô treatment, Rapé is used to facilitate the release of blockages and encourages the purging process.

Panema – a term used by the Amazonian tribes describes a negative spiritual energy that gathers over time and attaches to the spiritual body, it is traditionally visualized as a kind of dense grey cloud or aura, panema is blamed for bad luck, depression, laziness, irritation, and other adverse states. Naturally, clearing this cloud is vital for indigenous groups that depend on hunting, disharmony with nature and community coherence.